Texas Product Liability Attorneys Ready to Fight for You

Government contractor and manufacturer, 3M, has recently come under heavy scrutiny as a result of settling with the U.S. military over claims that they sold defective combat earplugs. Unfortunately, the damage has been done, and service members who were deployed in active war zones between 2003 through 2015 are now suffering from tinnitus and other forms of hearing loss as a result of these faulty earplugs.

While the company is set to pay $9.1 million to the U.S. military, they have yet to admit to any wrongdoing and have not accepted liability for the pain and suffering they have caused to our honorable military men and women.

As a member of the armed forces, you sacrificed in your fight for freedom. Now you deserve somebody to fight for you.

If you were a service member in an active war zone between 2003 to 2015, and have suffered severe hearing loss as a result of defective 3M combat earplugs, then contact Hotze Runkle PLLC today for a FREE, no obligation consultation.

Two versions of the earplugs were created, with the dual-ended version being sold to the U.S. government for its military personnel. The Dual-Ended Combat Arms Earplugs, Versions 2, were designed to offer two levels of noise protection depending on how they were worn. These “selective attenuation earplugs” could be inserted in one manner to hear speech and reversed if the soldier needed greater noise protection.

However, the stems of the earplugs were too short and did not properly hold deep enough into the ear. Over time, the earplugs would loosen in the wearer’s ear without their awareness. This allowed for dangerous levels of sound and noise to enter the ear canal by traveling around the outside of the earplug. This has resulted in an uptick of veterans suffering hearing loss and tinnitus.

It’s estimated that over 1.5 million soldiers could be affected as a result of these defective military earplugs.

What makes the situation even worse is that the original manufacturers, Aearo Technologies – which was acquired by 3M in 2008 – knew as early as 2000 about the defect.

You deserve justice for your pain and suffering. We will not allow this corporation to take advantage of you, especially when you have given so much to this country. Let Hotze Runkle PLLC help you secure compensation for medical expenses and other damages suffered as a result of your injury.

In the summer of 2018, the Department of Justice announced that 3M would be responsible for paying $9.1 million as a result of selling their defective military earplugs. The lawsuit brought against 3M was actually started by Moldex-Metric, Inc., a 3M competitor. In an attempt to develop their own earplugs, Moldex realized that 3M had provided false data, manipulated test results, and had provided incomplete instructions for usage. The company was able to file under the Qui Tam False Claims Act.

It was discovered that 3M could not create earplugs that would block noise at 22 decibels. In order to get their Dual-Ended Combat Arms Earplugs, Version 2, to perform at this level, they folded back a portion of the earplug to accomplish the goal. This information, however, was not provided to the military or military personnel using the product.

Even when soldiers used the combat earplugs as instructed, the seal to protect the eardrums would loosen. Both ends of the earplugs experienced the same defect.

How Soldiers Have Been Affected

The Centers for Disease Control and Prevention (CDC) have noted that veterans are “30% more likely to have Severe Hearing Impairment (SHI) than nonveterans.” Additionally, veterans who served in the United States or overseas after 2001 were four times more likely than nonveterans to have an SHI. 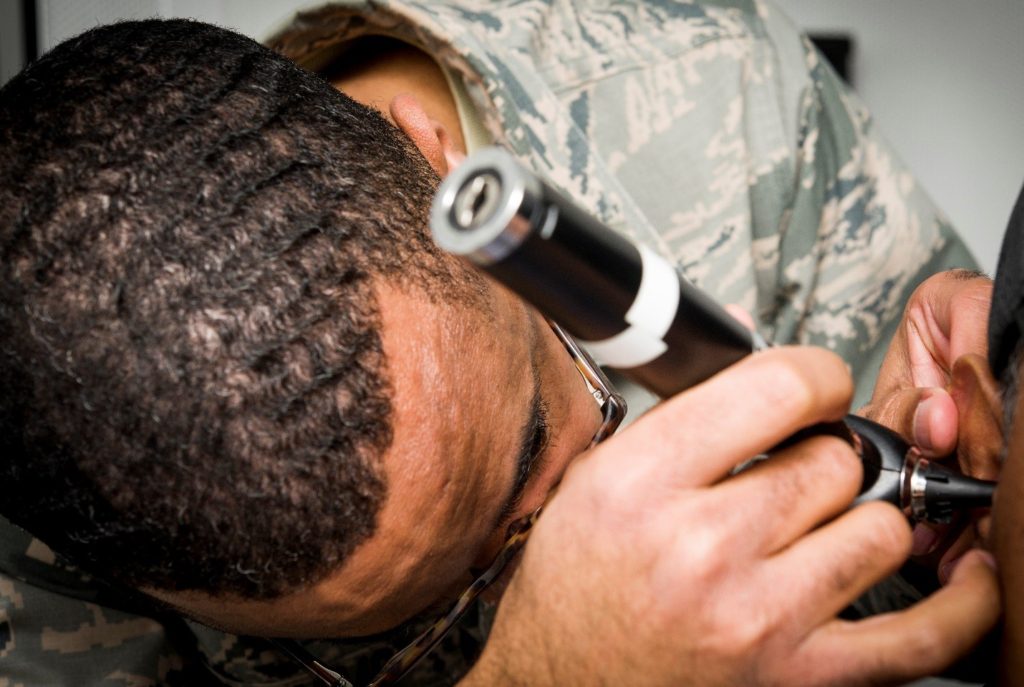 These severe hearing impairment issues tend to occur because of noise from:

The following symptoms are signs that you may be dealing with hearing loss:

Alongside substantial hearing loss, which is one of the most prevalent health issues for military members, many veterans and troops are now dealing with tinnitus.

Studies have shown that individuals suffering from hearing loss and tinnitus exhibit anxiety and depression as a result of their loss of quality of life. Anxiety and depression are also tied with post-traumatic stress disorder (PTSD). Ultimately, our veterans and active military personnel deserve much more care, attention, and intervention.

Some of the warzones in which soldiers were provided 3M Dual-Ended Combat Arms Earplugs, Version 2, include:

You do not have to face your suffering alone. Let the experienced and dedicated team of Hotze Runkle PLLC help you secure the compensation you need to begin the healing process.

Contact the national litigation lawyers at Hotze Runkle PLLC today for a FREE, no obligation consultation.

The Basics of Product Liability

Product liability is an area of law that governs who is liable when a defective product injures, harms, or causes fatalities. If you have suffered injuries as a result of 3M combat earplugs, you can file a product liability claim to seek compensation from the product’s manufacturer, distributor, or seller.

There are three defects or factors that can fall under product liability, including:

Various parties in the product’s chain of distribution may be held responsible for the defective nature of the product, including:

As in any field of law, evidence is going to be essential to proving your claim. When it comes to a product liability lawsuit, you’ll want to obtain and secure the following:

How Hotze Runkle PLLC Can Help

The product liability lawyers at Hotze Runkle PLLC don’t demand your trust, we work hard to earn it. In order to seek compensation for any injuries suffered as a result of using 3M Dual-Ended Combat Arms earplugs, you must qualify by:

The national litigation lawyers at Hotze Runkle PLLC are ready to fight and get you full compensation for the damages you have suffered, including recovery for:

Hotze Runkle PLLC has the skills, experience, and determination to bring 3M to justice. We are not afraid to take corporations like them to court and defend your rights.