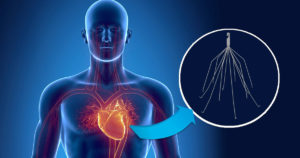 An Inferior Vena Cava (IVC) filter is a metal device that is implanted in the vena cava vein to prevent life threatening pulmonary embolism (PE), which is a condition in which blood clots make their way into a patient’s lungs. PE is often treated with anticoagulation medication like Xarelto, however in some cases, blood thinners are counterproductive and can actually bring about harmful results. Therefore, physicians use IVC filters to decrease the risks associated with PE.

As per the Food & Drug Administration (FDA), it is recommended that an IVC filter be removed as soon as the risk for pulmonary embolism has decreased.

However, investigations have proven that IVC filters are not always removed when a patient’s condition has subsided. In fact, a meta-analysis of 37 studies comprised of 6,834 patients found that IVC filters were removed only a third of the time, therefore creating conditions and complications that can jeopardize a person’s health and well-being.

A report released in 2010 indicated that the FDA had received more than 900 harmful reports that involved IVC filters including device migration, embolization of device, perforation of the IVC, and filter fracture.

IVC users face many risks including the migration of these devices. The most frequent cause in IVC migration is improper surgical implantation, as well as not removing the devices when no longer necessary.

Filter migration is the term used to describe the shifting or moving of the device within the patient’s veins. In several published studies on IVC filters, there were cases where individuals experienced consequences that directly affected vital organs. Those who were most affected were those who had new retrievable filters.

As per the Journal of Invasive Cardiology, there was a case of a 54-year old man who developed ventricular tachycardia and elevated troponin because of filter migration. When medical exams were performed, medical physicians found that the IVC was in the right heart ventricle.

Physicians were forced to perform cardiopulmonary bypass surgery in order to remove the filter from its dangerous position.

In 27 other cases, it was found that newer filters made of nitinol, phynox, and elgiloy greatly increased the chances of filter migration into the right ventricle. In fact, studies have shown that filter migration into the right ventricle has noticeably increased throughout the years, and has caused life-threatening symptoms including ventricular arrhythmias, deaths, and increased rates of surgical removal.

If surgeons find that it is too difficult to remove a migrated filter, a patient may be required to have frequent monitoring or permanent follow up care.

If you or a loved one were injured by the unsafe side effects of an IVC filter, call the law offices of Hotze Runkle. Our aggressive legal team is committed to your justice. We possess the required credentials necessary for any case involving medical devices.